To open up the Fing app to a wider less technically savvy audience, without pushing away the existing, passionate user base. 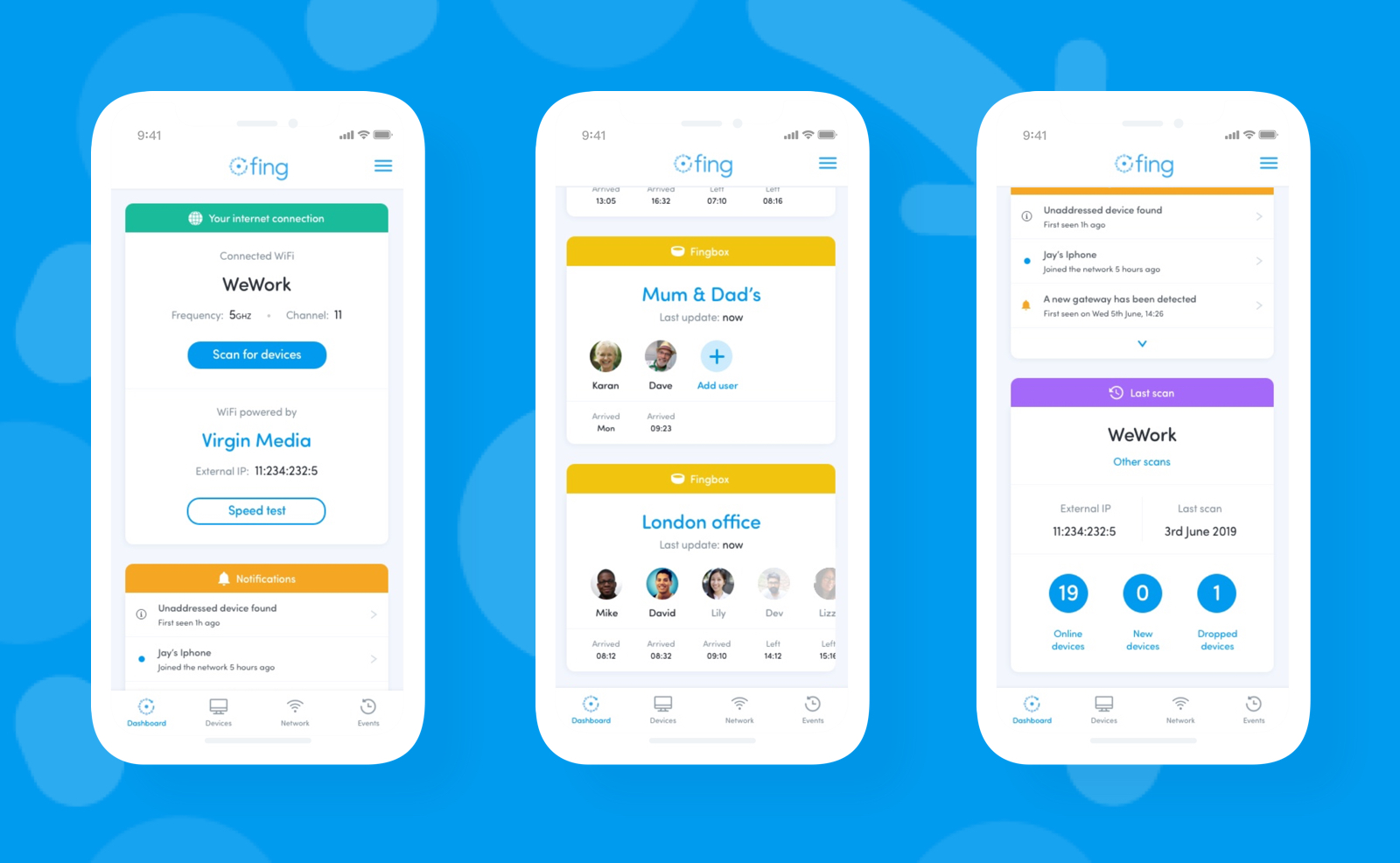 Opening up the product to a wider target audience without pushing the existing customer base away.

Fing has a wide user base of passionate and predominately very techy customers. Many of Fing’s users have been using this 10 year old app for a long time, meaning they are now used to the app architecture and terminology. The Fing product has 3 main personas.

• Persona 1 is an expert in networking

• Persona 2 is very technical but not expert in networking

Fing’s user base is mainly Persona 1 & 2. One of Fing’s business goals was to open up the product to Persona 3. In order to understand why Persona 3 were not using the Fing app, we completed a round of user interviews. The findings were that the users did not understand how this app could help them. They missed many of the features as they were hidden within the app architecture and also they did not understand the terminology used to label some of the features. However once the features were explained to the users, many said they would find them useful.

The main challenge was to come up with a solution that would not push Persona 1 & 2 away, yet make the app more intuitive for Persona 3. After ideation sessions, a dashboard screen seemed like a promising solution. This dashboard would create easy access to the most popular features on the Fing app, and also use less techy terminology so that Persona 3 could see exactly how Fing can help them on one tab.

Fing has a very active community, to ensure this dashboard would not push away the predominate user base, we did another round of testing and also posted a prototype onto our facebook page. The feedback was very positive, however there were many users that did not want the dashboard as their default landing page (the liked the existing default landing page). In the app settings we added an option to allow the user to select their own default landing page. 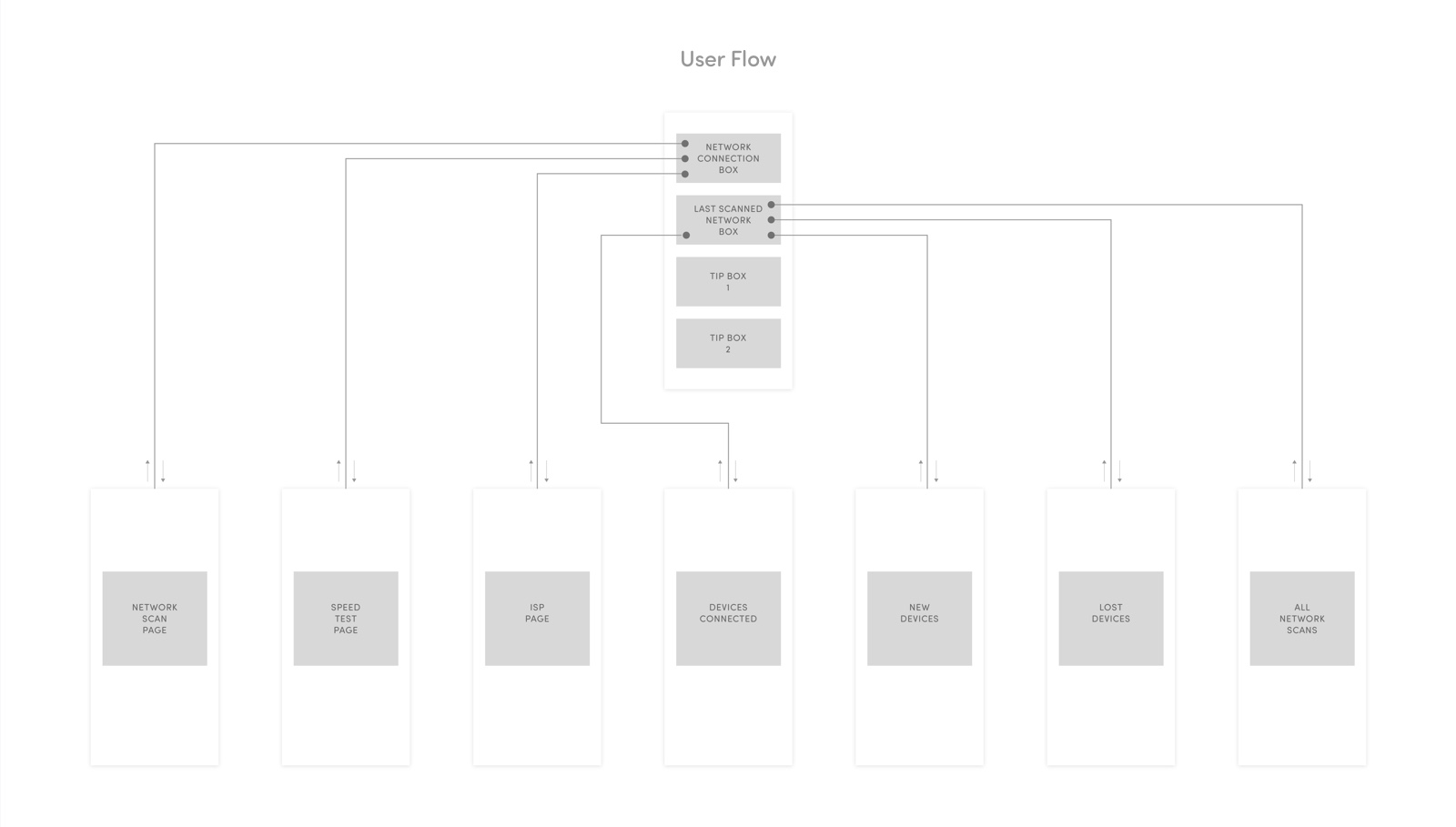 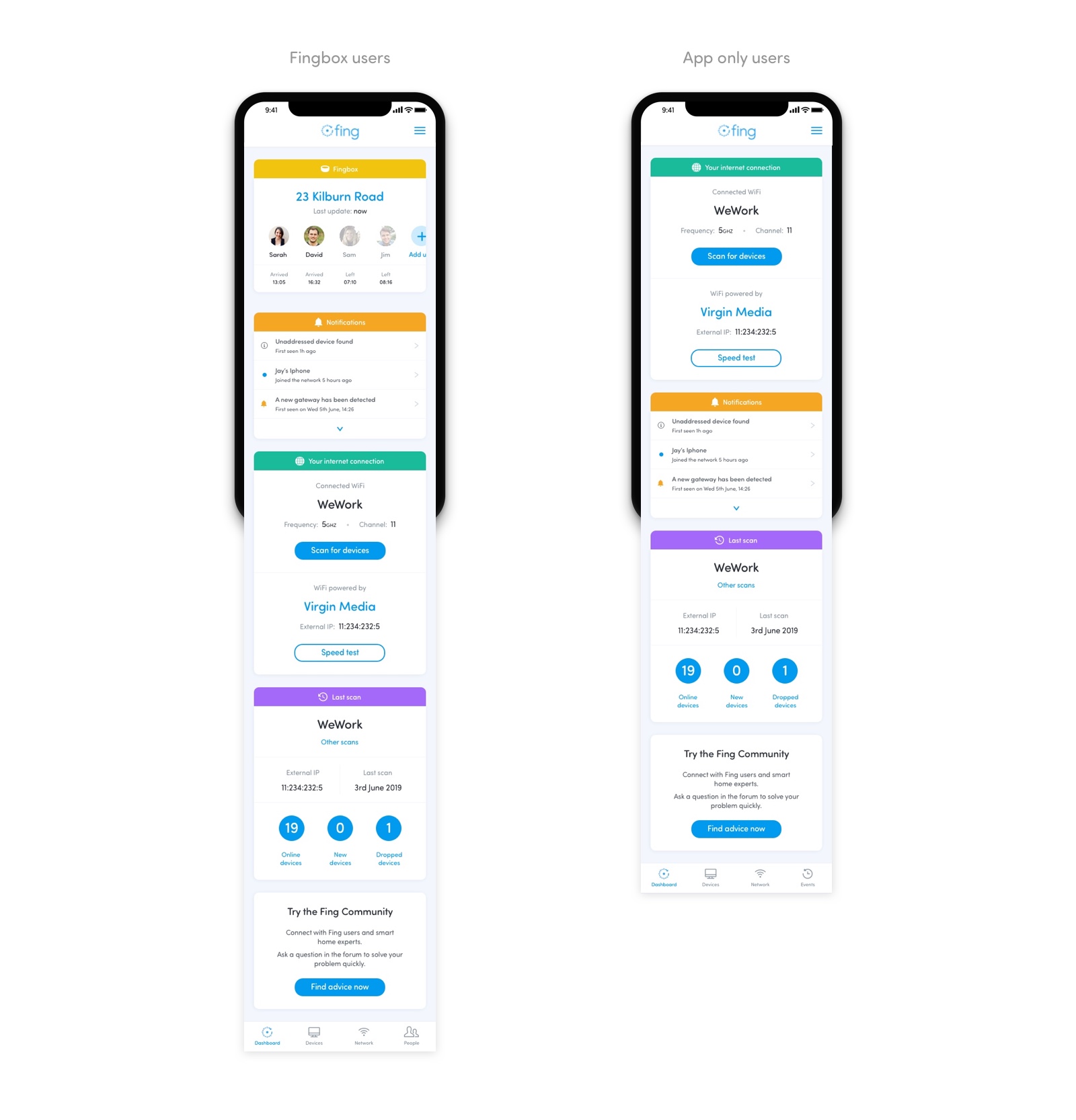 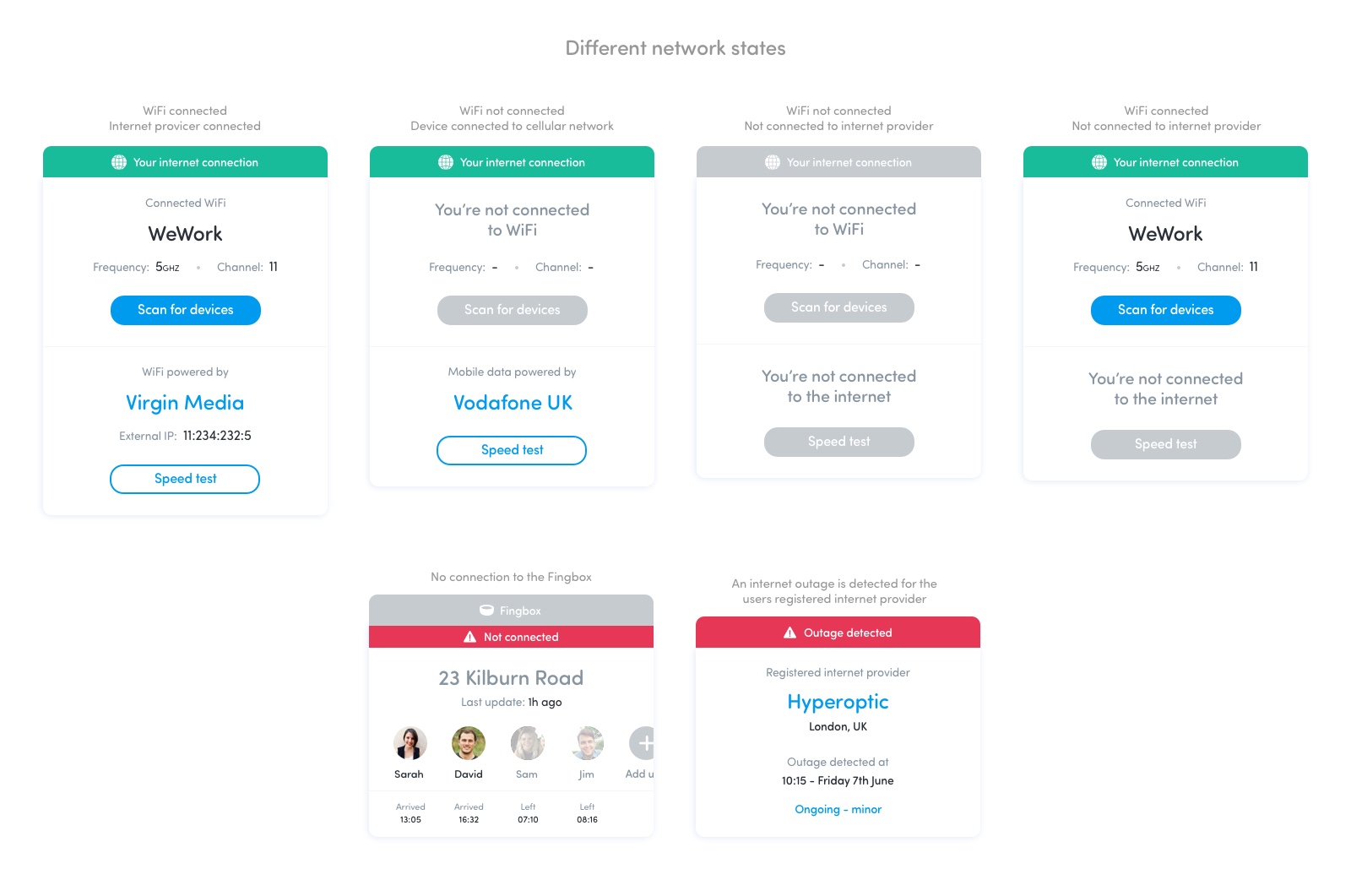 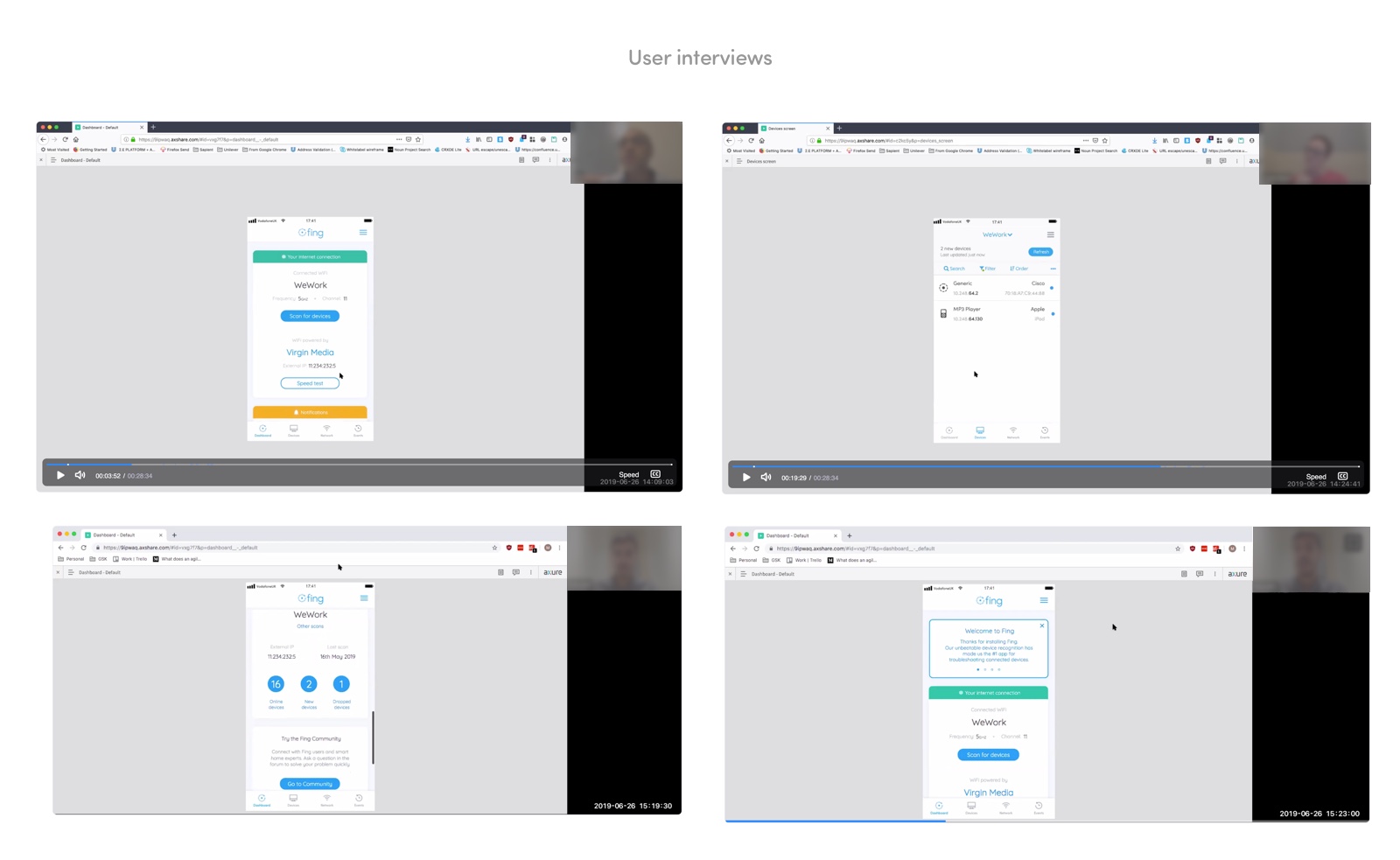